All You Ever Wanted to Know About Insurance 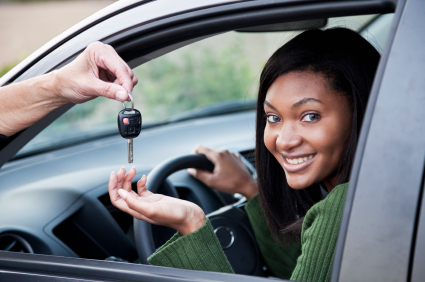 Your daughter just turned 16 and she’s demanding a driver’s license. It’s the next step in becoming an independent, young woman that you’re not sure you want her to become. She’s always been Daddy’s little girl and she can’t be allowed to grow up. Whether you like it or not, she’s growing and she wants to drive. Letting her do so can be a double edged sword.

On the front edge, she can finally stop asking you for rides. She can drive herself to the mall and pick up a gallon of milk for you on the way back. You can even ask her to take her little brother to soccer practice, giving you more time to do what you want to do.

The other end contains the fears of her here-to-fore unpredictable driving record. She could be the best driver or the worst driver. She could have the cleanest records on the books, or she could collect tickets like a kid gathers candy on Halloween. She could be safe in all of her driving habits, or she could find herself in several frightening accidents. The latter is the worst fear of most parents.

Handing over the keys to the car is handing your little girl the keys to her own life. You don’t know what kind of driver she’ll be, but you want her to be the best. The question is, how can you prepare your girl to be safe? What can you do as a parent to ensure their safety on the road?

1)      Set an example. From a very young age, she will be watching you like a hawk for a standard of behavior. If you are a reckless driver that cuts people off and runs red lights, what kind of driver do you think she’ll be? If you set the good example though, they will tend to be more cautious themselves.

2)      Give them rules. As long as they drive your cars they will need to wear their seat belts, not text and drive, be home at a certain time, be sure passenger’s wear their seatbelts and never drink and drive.

Other than this and a pinky promise that they won’t do anything stupid, this is about all you can do. Trying to keep a closer eye on them than this—i.e. following them around town—will cause them to lose respect for you and possibly make them purposely break the rules to spite you. Give them a good example to follow, lay down the law and then trust them to do what’s right. It can still be a nerve wracking experience to give them the keys, but at least you’ll know you’ve done your best to prepare them.

There are no comments yet.

Required fields are marked with ✶

Give us some info and we'll get quotes from multiple companies.